First "vache" of the year

As soon as we launched at 12:10 on Thursday, we could see that the day would be better then we had expected. Cu's began to form even though it was suppose to be a blue day. In quick succession, Jarek towed the seven single seat gliders up to 2000' and each pilot was on his way for a great day of soaring. 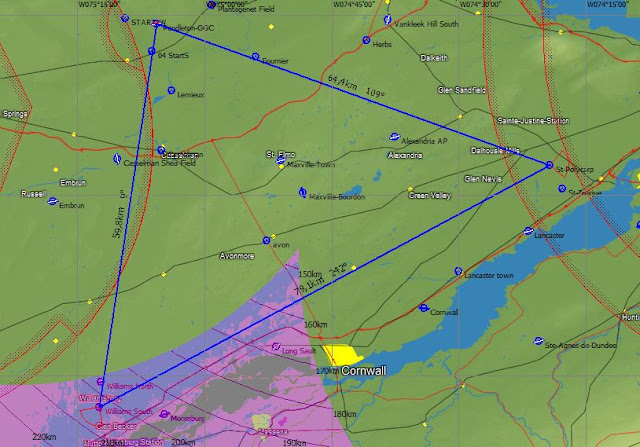 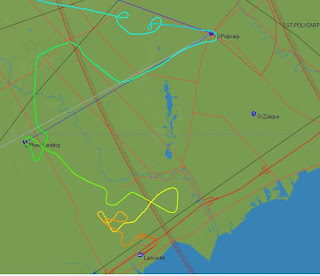 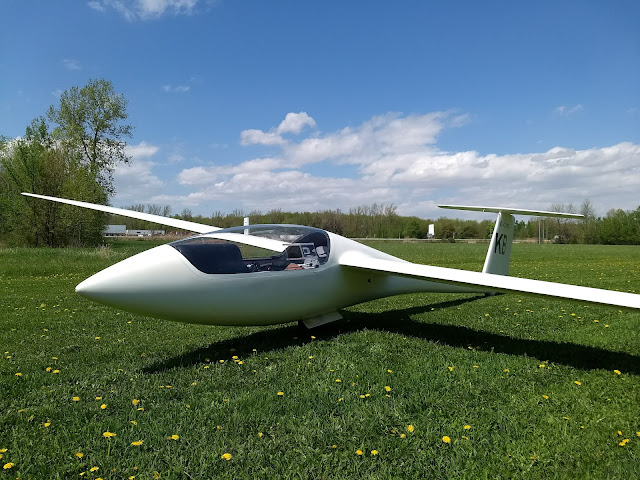 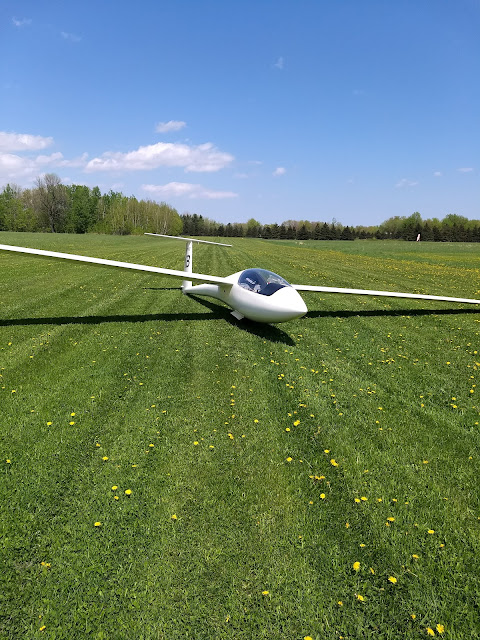 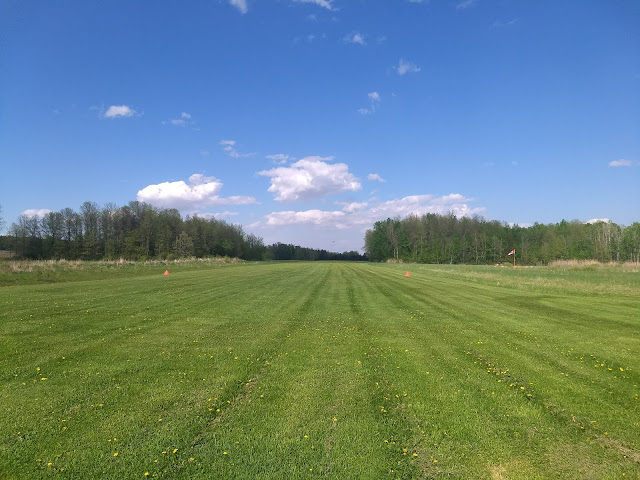 Stan, a nice gentleman who flies a 1946 Luscombe from the aerodrome, was kind enough to tow me back to the end of 07. 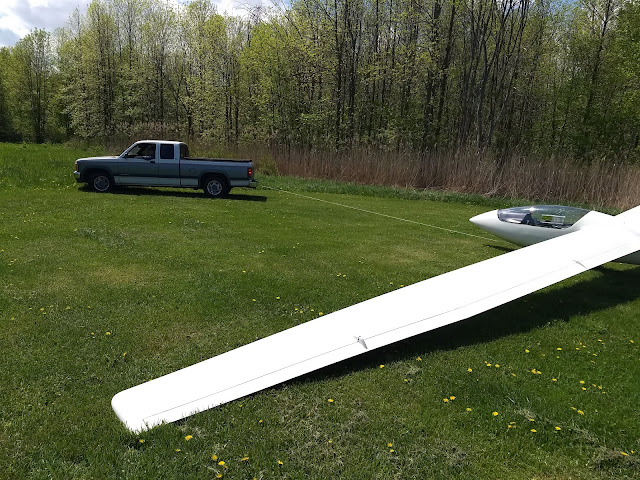 I relaxed most of the afternoon under the wings of KB while listening to my friends from GGC and MSC having fun at 5000 feet in the sky. Usually, when you land out far away from Pendleton, you cannot get reception on 123.3. However that afternoon, since everybody but me was so high, I could remain in communication with my potential retrieve crew. 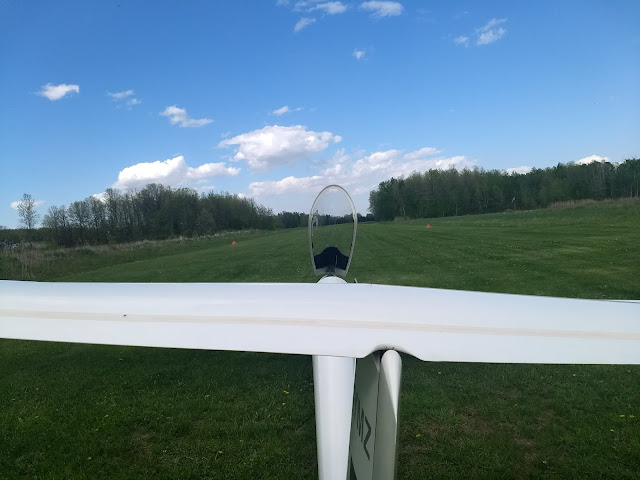 Dan Daly did messages relaying and agreed on the spot to come come for a the trailer retrieve. (Thanks Dan). But since I knew from the Doodle that three tow pilots were in the vacinity of the GGC that afternoo, I was hoping to be able to "schmooze" my way with an aero-retrieve.

At 16:10, Martin and Don H. woke me up from my afternoon nap and it was time to get back home. Even though the runway was dry and nicely cut, Martin had to takeoff with two notches of flaps to clear the trees. There was still some thermal activity in this late afternoon as we were cruising home bound but I decided to remain tethered to QIH until I was on a final glide to Pendleton. 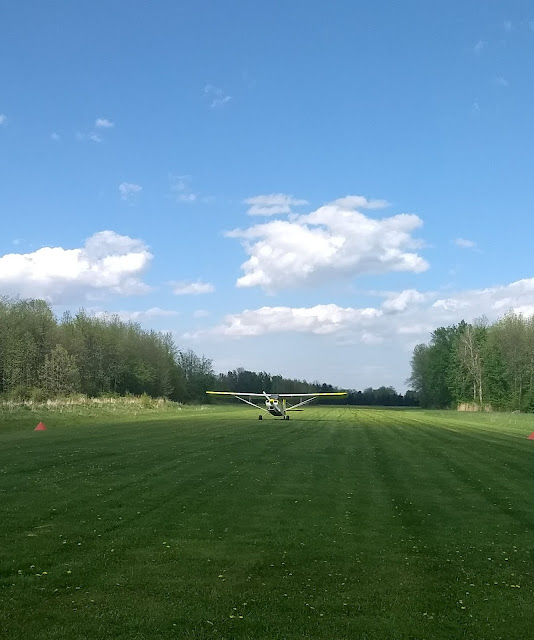 And, as is often the case at GGC, the afternoon ended with a smiling glider pilot. 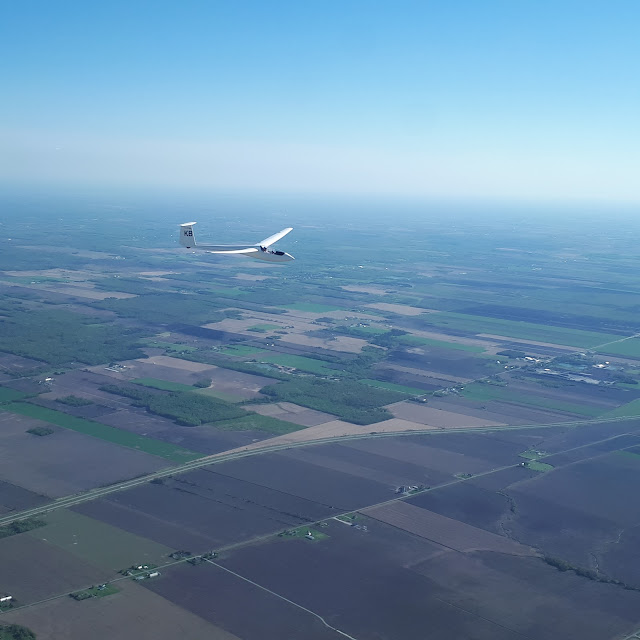